While global population characteristics for dwarf minke whales remain unknown, we have been studying population parameters of the interacting Great Barrier Reef (GBR) population for more than a decade. This research has included an extensive photo-identification study (using underwater photos and video of the whales’ natural colour patterns) and videogrammetry techniques to measure whales’ length and infer their age and state of sexual maturity. Such studies require long-term data sets to reliably estimate the size and structure of the interacting GBR dwarf minke whale population. This research is also dependent on data collected on ‘platforms of opportunity’ (i.e. tourism vessels), as the use of dedicated research vessels in the remote northern Great Barrier Reef would be prohibitively expensive.

Crew and passengers on tourism and other vessels have contributed a great deal to our research, by donating copies of underwater digital photos and video footage. If you have images or footage of dwarf minke whales (with details of when and where they were taken) and would like to support this research – we are keen to hear from you! Please contact Alastair.Birtles@jcu.edu.au.

Using underwater images of dwarf minkes, we are able to identify individual whales (based on their natural colour patterns). Since our research began in 1996, we have collected an archive of >100,000 still images and several hundred hours of video footage. Analyses of such images are very labour-intensive and limited funding has been available to support these studies. However a PhD study by Dr Susan Sobtzick utilised three years of these data (2006-2008) and has provided the first estimates of the size of the of interacting dwarf minke whale population in the Great Barrier Reef. Analyses of new and archival data are ongoing.

Between 2006-2008, over 45,000 photos and video footage were collected by members of the MWP research team and non-scientists onboard platforms of opportunity forming the Dwarf Minke Whale Sightings Network. The quality of the data was evaluated and found to be suitable for individual whale identification, with non-scientists contributing more than 40% of the high quality data.

Coloration patterns of dwarf minke whales are different on the right and the left side of an animal. When identifying a whale, we obtain either a ‘Complete ID’ (identification that includes both left and right sides of the individual) or a ‘Partial ID’ (images only available for one side of the whale). These categories result in a definite minimum number of whales identified each year (Complete IDs plus the higher number of the Partial IDs, either left or right side) and a potential maximum number of identified whales (complete IDs and the sum of the partial IDs).

Over the three years of her study (2006-2008), Sobtzick (2010) identified a minimum of 538 individual whales and up to a maximum of 585 whales. Using these data, Sobtzick (2010) developed a discovery curve which shows that the interacting dwarf minke whale population in the GBR shows characteristics of an open population (i.e. is open to immigrations and emigrations each season and over the 3-year study).

Estimating the size of the interacting whale population

Sobtzick (2010) used underwater videogrammetry to estimate the lengths of interacting dwarf minke whales which, in field studies, can act as a proxy for age and the state of sexual maturity. Sobtzick found that sexually immature, maturing and mature animals were present in the interacting population. The majority of the interacting whales were less than 6m long suggesting that they were immature. 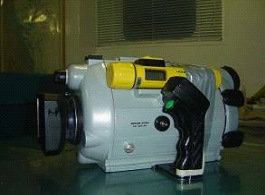